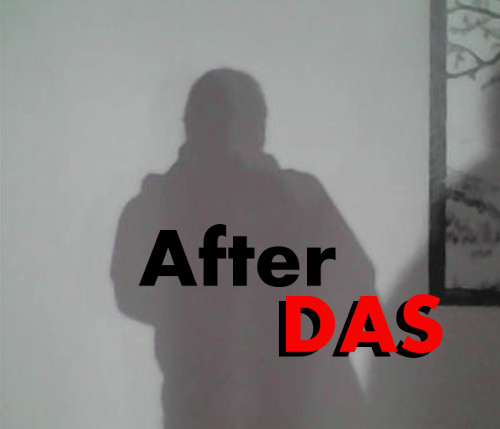 Chris Reynolds: I was interviewed about my comics several times during my promotional tour of Italy in November/December 2019, and many of these interviews touched on my reasons for creating the kind of comics that I do.
My usual answers to these questions mentioned my desire to create a certain mood or feeling - and everything else being somehow subservient to that. But during our interview at Bologna's DAS Art Space on 30 November, Raffaele suggested that there was more to be said.
This page is dedicated to that developing conversation!

Matteo Gaspari: How do you want to proceed? Maybe it could be Raffaele or Chris to kick the first ball?

Chris Reynolds: Thanks, Matteo, I'll start by saying how pleased I was for Raffaele, who I saw as being mainly outside the field of comics, to be seeing connections between his work in Philosophy and my work in comics. I have never heard of anyone making this connection before. Raffaele, I confess that I struggled to reply to the questions you were asking me at DAS. Perhaps this online version of the conversation will give me more time to reflect on what I might say!

Chris Reynolds: Hi Matteo and Rafaele, It seems to me we have an important new happening, even before we've got properly started on this discussion - particularly relevant to me. Did you have any inkling about what was to come, Rafaele, before the rout of the British Labour Party by the seemingly-unpopular Conservatives in the recent election?

Matteo Gaspari: Hi Chris and hi Raffaele, how are you? Yeah I've read about the elections in the UK, and I honestly had no clue this was coming. If I had to bet, I'd put my money on Corbyn, no doubt. But if I to and think about it I'm constantly amazed, lately, by how this things go: somehow it's always the opposite of what I expect. I don't know if this had to do with the way we view politics these days, probably Raffaele has more insight about it. But anyway, seems like these are precarious times, and I truly feel like I'm losing grip on reality (somewhat like some of Mauretania characters). I also feel that this is perceived by a lot of people around me, who no wonder try to figure it out by reading a lot of books that helps contextualize reality: like Raffaele's ones (but also Mark Fisher, Timothy Morton and James Bridle...). How's the feeling about the political (non)shifting scenario in the UK?

Raffaele Alberto Ventura: Hello Chris and Matteo, Sorry for the late reply but I was trying to disintoxicate myself from the social media (and then the vacations). It's very difficult to have a discipline for writing, reading and studying in this overconnected world. And sorry for my clumsy written English. I don't follow close enough what's happening in UK, but here is my point of view: Western societies are living a long decline since the beginning of the 19th century, a very very long decolonization, and UK is the more affected because it was the biggest empire. So this is interesting (also thinking about Chris' aesthetics) because it means that you can have 100 or 150 years of decline, which is unseeable from a human perspective. Meanwhile you have ups and downs, so everyone has a different explanation and a different solution, because no one sees the whole process. But all that happens are just symptoms. I think Boris Johnson knows this very well: he studied Rome as all the Etonians, he read Gibbon, he read Ibn Khaldun and his theory of rise and fall of civilizations. So he's preparing himself for this historical shift, but I'm not sure what's the strategy. I think something very “egoistic” on a national and social point of view: the county is sinking so it's “everyone for himself”. On the outside, UK will become some kind of fiscal paradise and hub for worldwide investments. On the inside, there will be a huge stretch between rich and poor. But the world will change so much in the next five years, it's scaring. Fortunately Chris is more optimistic than all of us... Maybe he can say something comforting. 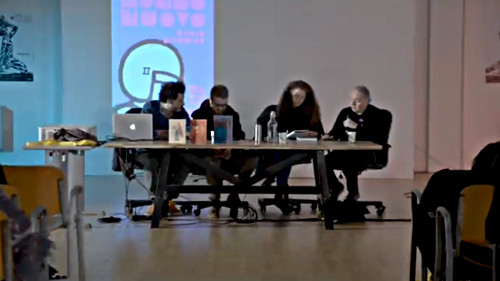 Matteo Gaspari: Hi Raffaele, how were your holidays? No worries for the delay, on the contrary: it’s nice this conversation is going on! I find what you're saying about this very long declining very, very interesting, and it remembers me something I'm thinking about a lot these days (even if usually in different contexts). Timothy Morton, in his ecological philosophy (so to speak), described a new ontological category: the hyperobjects. The main properties of new kind of object are that they are spatially and temporally extended (in the sense that they influence a vast area over a very long period of time) and that they are viscous (in the sense that they influence everything they touch). In other words, they are so slow and everywhere that we cannot see them because they intrinsically exceed the boundaries of human thinking; but they affect everything. All we can see about them are local manifestation (aka local symptoms) of the true hyperobject. In Morton’s philosophy, climate change is an hyperobject. In my opinion, on the literary side of things, Lovecraftian horrors such as the Great Old Ones (but I’m getting ahead of myself). This idea that social changes and mutations could also be described this way is truly fascinating because it becomes way more difficult to understand what to do and, simply, what’s going on. It’s a bit as in the Cinema Detective story that is in the book: buildings are disappearing. Is it the whole thing? Or are the disappearances just a local symptom of something much bigger? Narratively this ambiguity is very charming: at the same time this whole building mess manages to feel “normal” and “out of the ordinary”, something to understand and get under control. But in real life it can be super scary. It is for me, at least. Because I can’t wrap my head around the dilemma: is it me not understanding or is it a process so long and complex that it is formally impossible to properly understand? Don’t know if I’m going around in circles with this, but in a way you triggered me. Maybe Chris truly have a more optimistic spin on all of this?

Chris Reynolds: Thank you for expecting something positive!
I do think in my heart that we will be mainly OK despite the fact that we are unable to control or even know where we are going as a society. It’s important for me not to fall into “learned helplessness”. I think we have to protect ourselves psychically and emotionally. One of my friends often tells me, “Chris, we’re lucky to be alive!” To which I reply, “Yes, we can do as we like. We can go here, we can go there. We can decide what we want to do today.” Even if it all finishes tomorrow we will have had something. Perhaps to focus on a smaller landscape can help give a positive feel. This is simple for me to say but I expect would be much more difficult for Raffaele, who has to contend with the bigger picture in his work.

Entreprecariat - Everyone is an entrepreneur. Nobody is safe!