POCKET CHILLER moving from Comixology to KDP? Keep checking this page for details!

Pocket Chiller Library - The original Thorpe & Porter series. Details from the Grand Comics Database!
---
“We've gotta have some Horror Comics again!” cried publisher Douglas Noble, obsessed, as he stumped in from the graveyard and thrust his newspaper into the fire. He smashed at the bare bulb that lit his squalid Dusseldorf apartment with the butt of his pistol. The already dingy room was plunged into blackness. “There's too much *%$* out there and I'm gonna do something about it!” he muttered, rummaging in the bulb-box for a replacement. Bodymaster Desdemona tutted and handed him some jam on toast. His fingers touched the sticky side first and he screamed, “What are you trying to do to me!”
What you see here - the revived Pocket Chiller series, is the result of Douglas' outburst!

Pocket Chiller - The modern series. Details from Comixology!
---
MUTTON CHOPS
Beneath the churn of a ploughed field, old secrets stir and shiver, reaching old fingers up through the disturbed earth. An arable nightmare from the fiercely experimental pen of Olivia Sullivan, sure to make you shudder the next time you walk through the countryside!

THE SANDS OF FEAR
From Chris Reynolds, visionary author of The New World, Torus, and The Cinema Detectives, comes a brand new take on terror. Chris likes to fuss around with his comics and put new ideas in, and a lot of the time this doesn’t pay off – but he’s an older guy now and has been plugging away at these stories for years and so it would be a big shame if after all that bouncing-off-the-walls he didn’t sooner or later come up with a story that worked!

A MAN OF CERTAIN TALENTS
Mysterious tasks are set by an equally mysterious employer. It’s a puzzle about identity, set in a world without names. Where no answers are supplied and the questions are left unsaid. A good turn. A locked door. A solitary child. A man of certain talents!
---

Pocket Chiller: I Claim the Souls of All the Dead and Our Rebel Skin (Geek Legion of Doom)

Pocket Chiller: I Woke Up Like This (Broken Frontier)

Pocket Chiller: I Woke Up Like This (again!) and Our Rebel Skin (Solrad)

---
New photocomics are now banned on Comixology - so get them here! 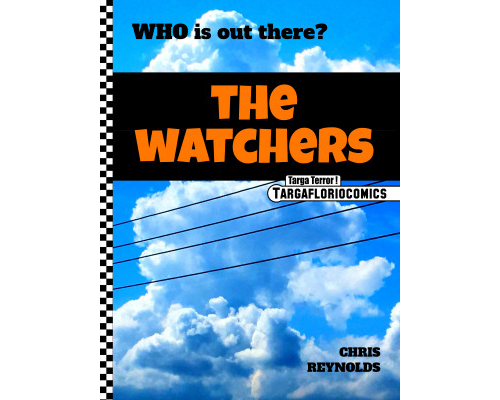 The Watchers (Available in print as Prowl Car: Secret Agents.)