PROWL CAR by Chris Reynolds. Another world to investigate! 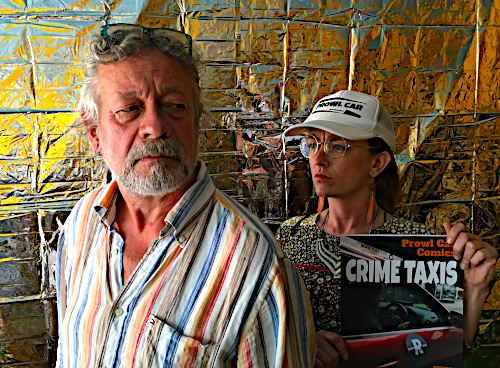 Crime Taxis
Special thanks to all who attended the recent Crime Taxis Photonovel Book Launch at the Wax Cactus Bar, Worthing! 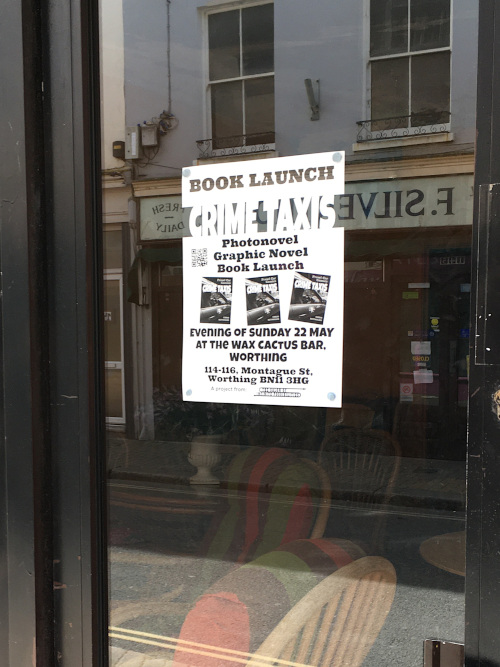 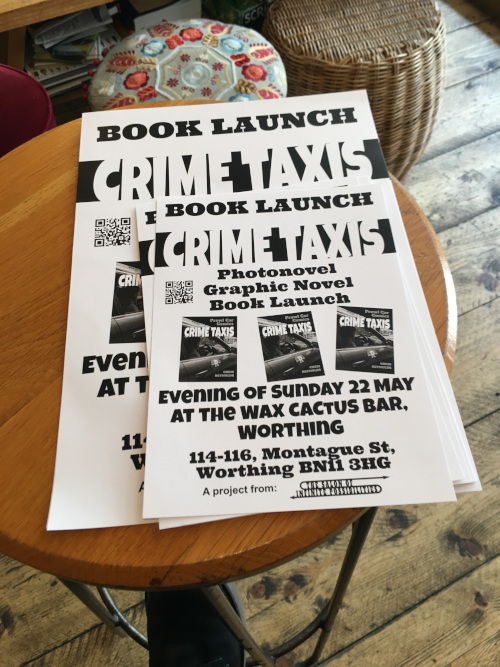 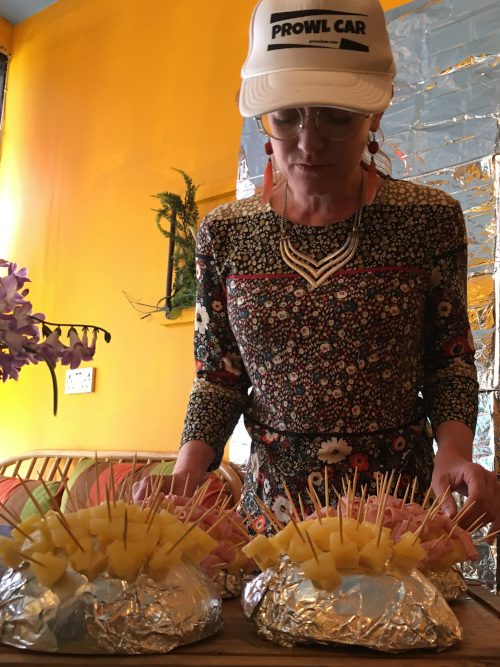 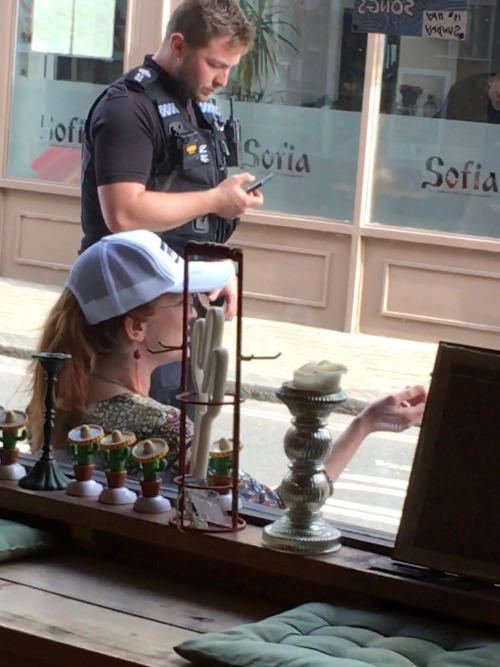 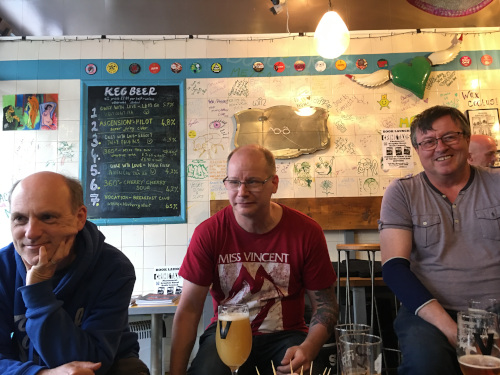 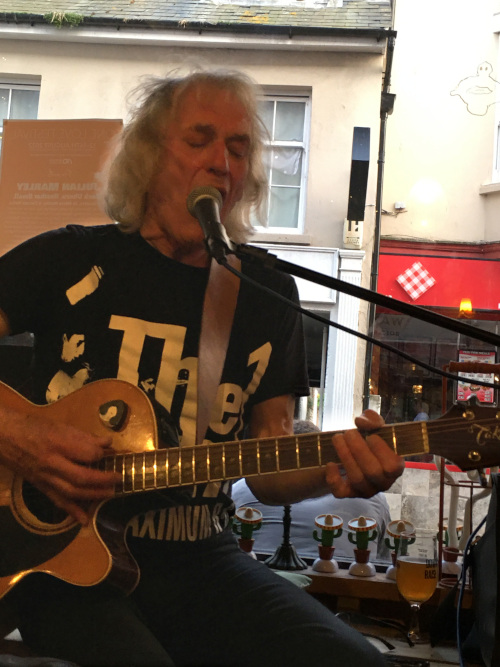 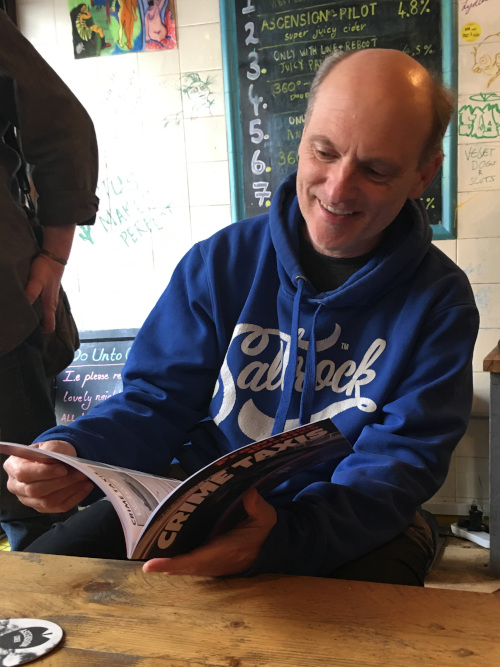 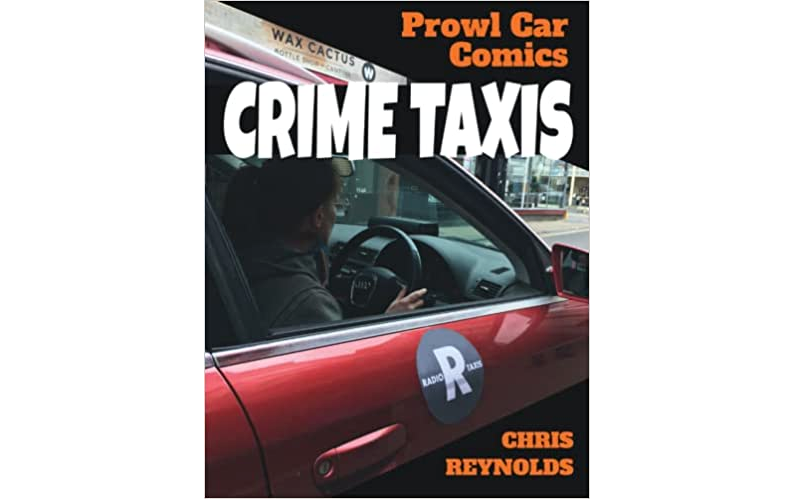 Crime Taxis
In the mysterious city of Tollan, Alice Azarual uses her fleet of taxis for crime. With a personal metaphor of control, she has built up a huge illegal empire. But what happens when this empire continues to grow? What happens when new areas and new zones appear? What happens when they enlarge into a whole new entity?
Crime Taxis
A new Prowl Car story from photocartoonist Chris Reynolds, featuring Sarah Williams as Alice Azarual and Kevin Foreman as her nemesis, Barine Manorbier.
A John Parke project from the Salon of Infinite Possibilities.
Crime Taxis!
--- 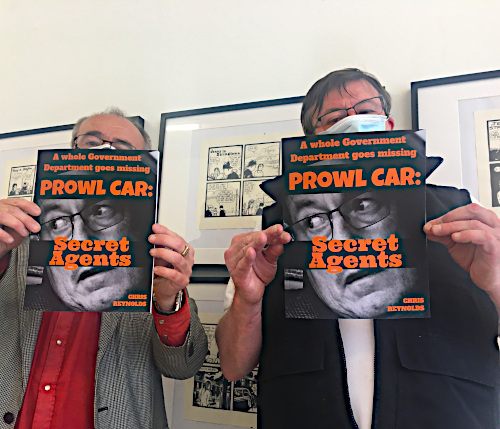 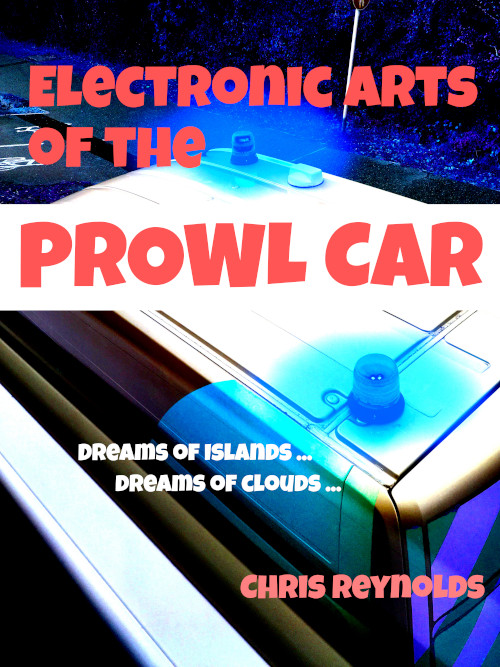 Prowl Car Files: The Prowl Car circles the world looking for dreams – and then it finds them!
Secluded memories of the past emerge into the day as we drive. It's a mystery as deep as anything you have ever seen – and as inexplicable.
Real photo stories from cartoonist Chris Reynolds of Mauretania Comics ... The Prowl Car Files! (eBook only)
--- 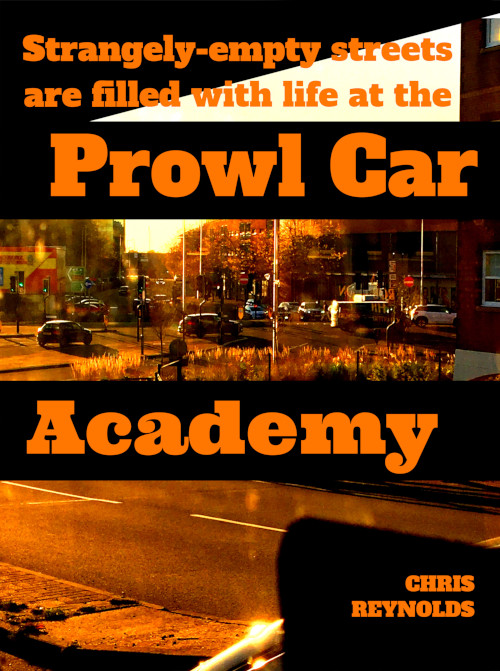 Strangely-empty streets are filled with life at the Prowl Car Academy
Our course at Prowl Car Academy begins with a departure for “Scalene.” “Get Out of the Cab” loses interest in taxis ... then what's this we see “Through Trees?” It can just about be described as a “Hill.” Our fifth story is “The Third,” then we are taught how to read between the “Lines.” There is a mystery of “Two” before “Wings” make us free. They lose patience with us in “Next.” Why their training methods are now “Wrong.” A shadow on the face of the world in “The Framework of Cups.” leads to a “Short Cut” in learning. We have an idea that might or might not be great in “The Landscape of Air” before a filming day in “Newcastle.” “Wakey,” Don't fall asleep in class! Looking for “Moon Queen and The Bee.” Adventures in artwork in “Actaeon.” We see charitable impulses at work in “Bikes.” Then it's some kind of political thriller, right there in the daytime, in “Rougier.” We see the “Best” life, and finally we come upon the “Secret!” Mature work from cartoonist Chris Reynolds. (paperback only)
--- 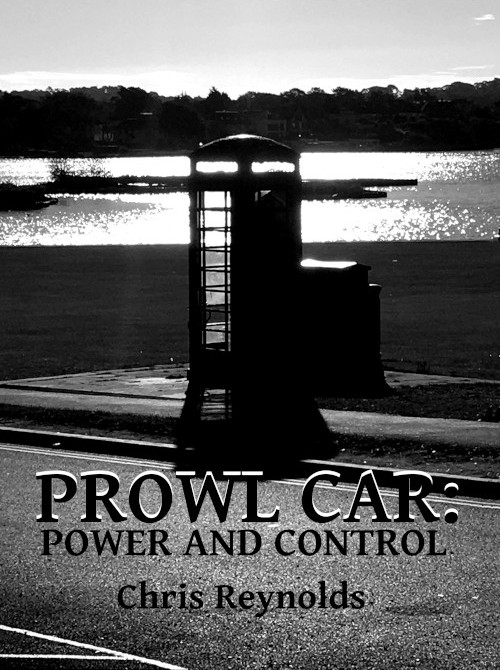 Prowl Car: Power And Control
All-new stories all about dreams and the future! In “The Power of Dreams” we feel the sense of a shape. Explore a real prophecy in “Get Ready For Lindy-Lee.” “No Shocks” has a way to avoid sudden grief. Find forgiveness in “Giant Waterfalls.” There's no chance you will, but “Don't Call Me Yesterday.” We consider our position in ”More Stories.” In “The Golden Age” we remember an old tale. “Not Taken” meets the limits of agreement. “Fumph” feels the air in the summer. We revisit the renowned geometricist in “Doctor Scalene.” In “Time To Forget” we remember something. “Among Cemetery fields” we find … love? In “Universal Expansion” we shrink. On the “Prowl Bus” we waste too much time on a memory. In “Snowmen” we catch up with the aliens. “Sirens” takes us deep into the country. In “Stones of the Supermen” we explore the trees. Say hello to “A Little Bit of Goodbye.” We sense the atmosphere of “Heavy Traffic.” The “Sea Drain” exposes our wealth. We wig-out in “Hands.” “The Covered Way” takes us to London. Who really controls the world in “Apart”? Their final case in “Cinema Detectives.” Things are nested in “Lies.” Find out how you fit in ... in “The Different Conformities.” Leave the house now in “The Stew.” It's lunch in the rain in “Human.” Discover Doctor Scalene's new invention in “Spinner.” Scalene continues in “Bricks Without Straw.” Find out what is “Stronger Than Magic.” Experience “Liquid Light.” Take a little trip to the “Top of the Town.” And finally, meet “The Control Men.” (paperback only)
---

The PROWL CAR roams the streets
Is this reality or is it a dream? We explore an area of southern England during the start of the Coronavirus epidemic of 2020. We explore the streets and we explore our own minds and memories. Who knows what we’ll see next from the windows of the PROWL CAR ? (paperback only)
--- 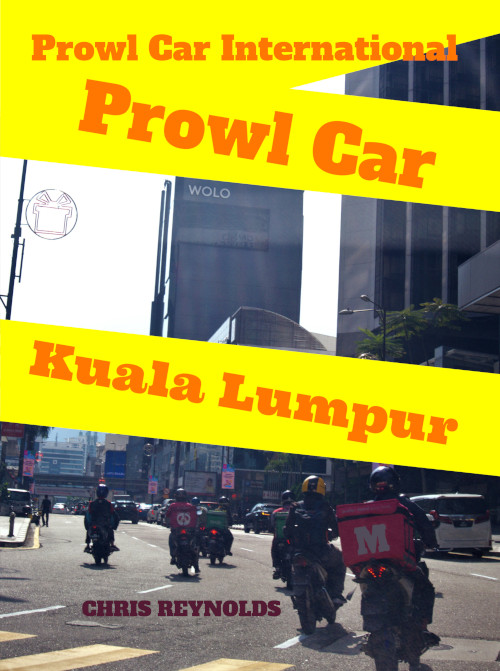 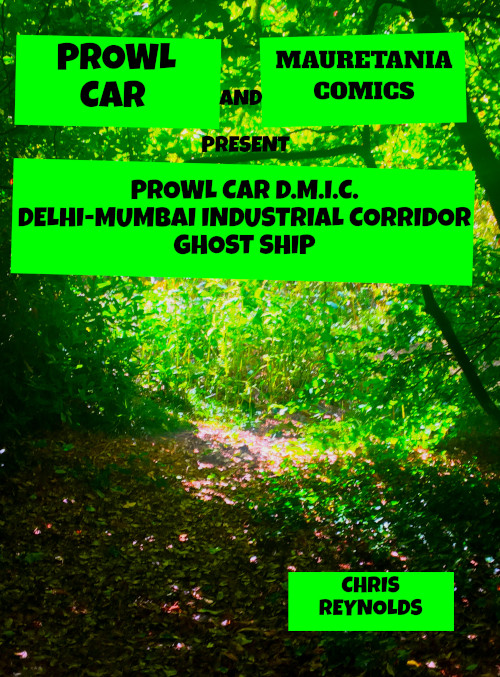 Federico: You've moved on to doing photo-comics in a big way.

Chris: Yes, I've been interested in films since the days of Super 8. I tried various experiments with Super 8 and I'm finding the same interest in doing photo-comics. The images can have the same kind of blurred, crushed-black, old-world feel as old movies, and – due to the nature of these stories which are about dreams and buildings and environments – I have not found it necessary to always put characters in the pictures. The characters and their interactions live in the captions, in the manner of a traditional text-only story or novel.

Federico: That sounds an interesting development.

Chris: It is, particularly for me and the kind of storytelling that I'm interested in. Also, the photographic images create a kind of relentless verisimilitude which means I can go quite a long way into abstraction with the words while the images provide an anchor to the real world. 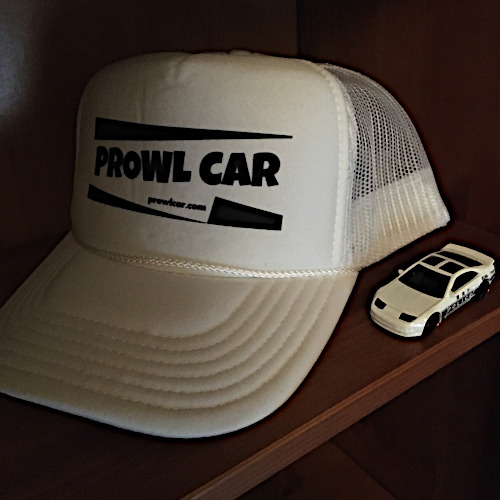